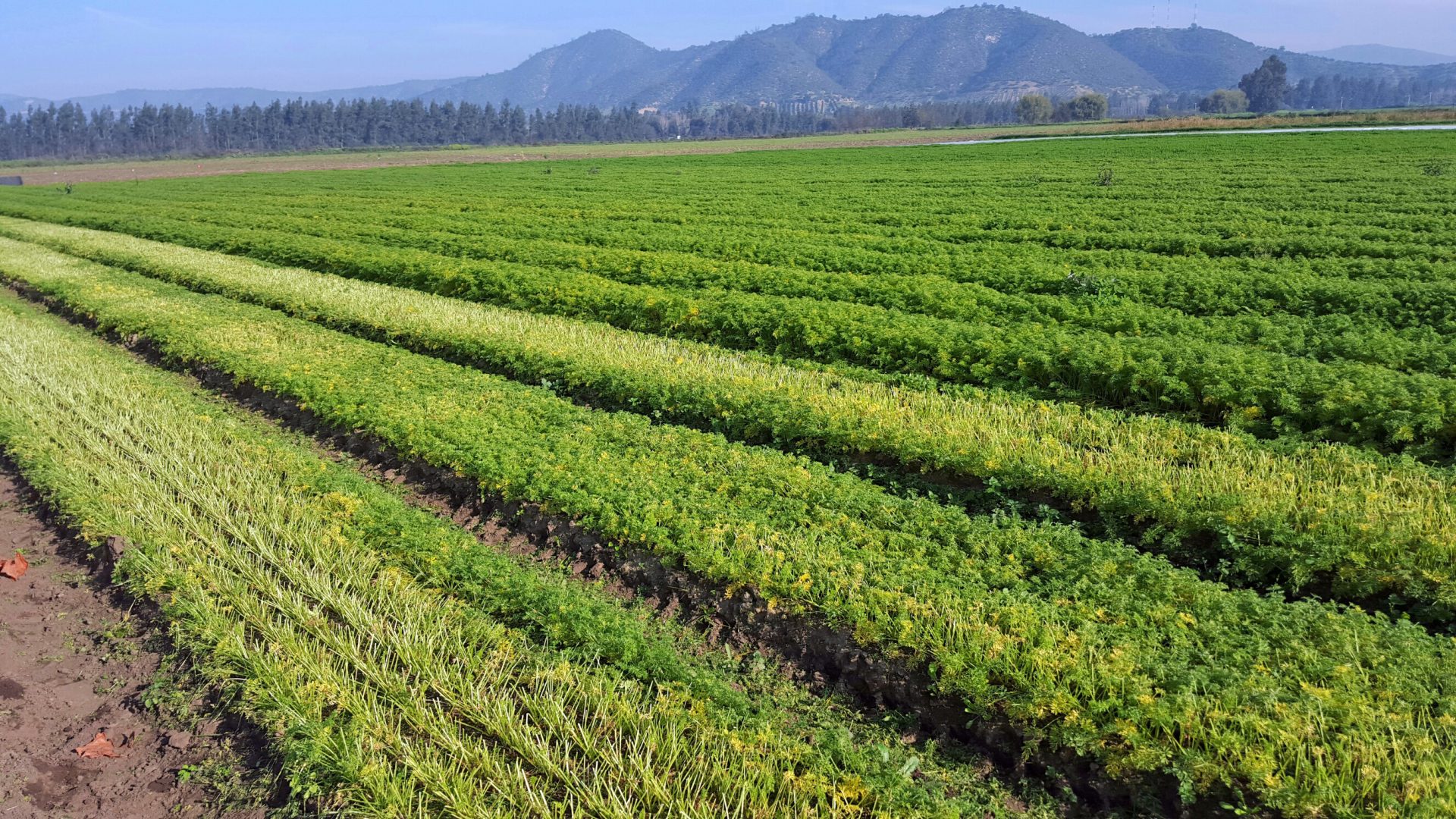 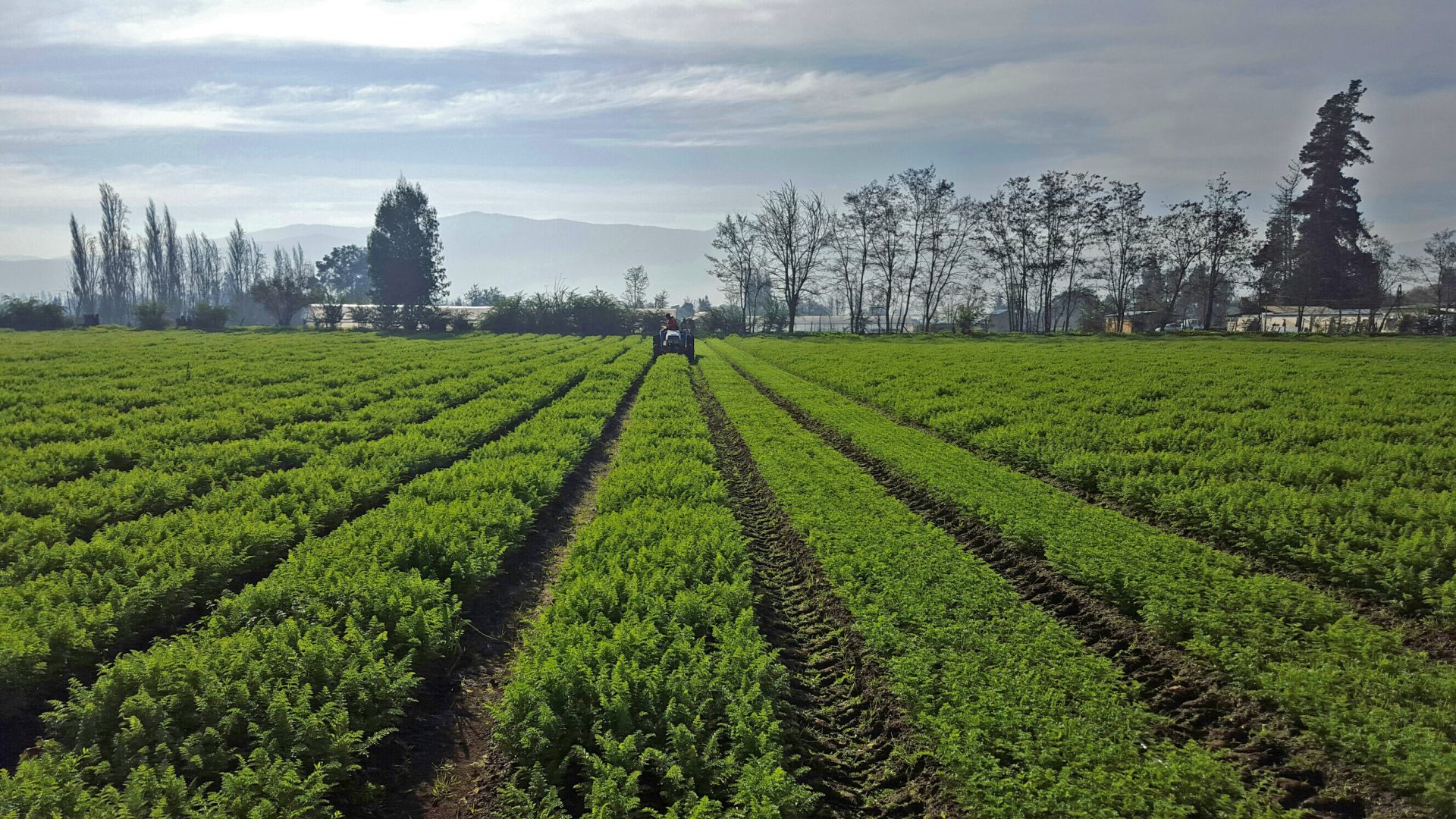 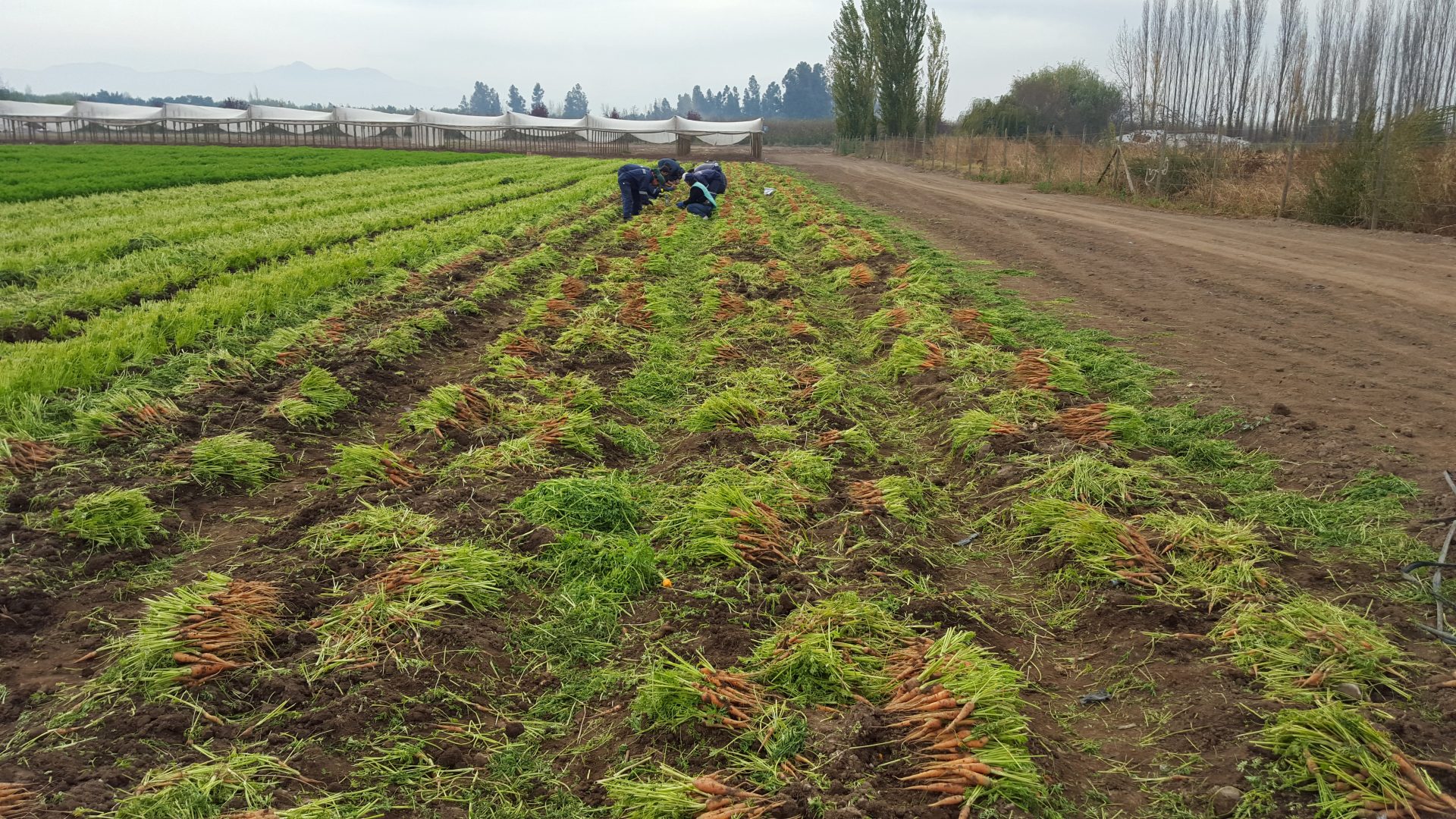 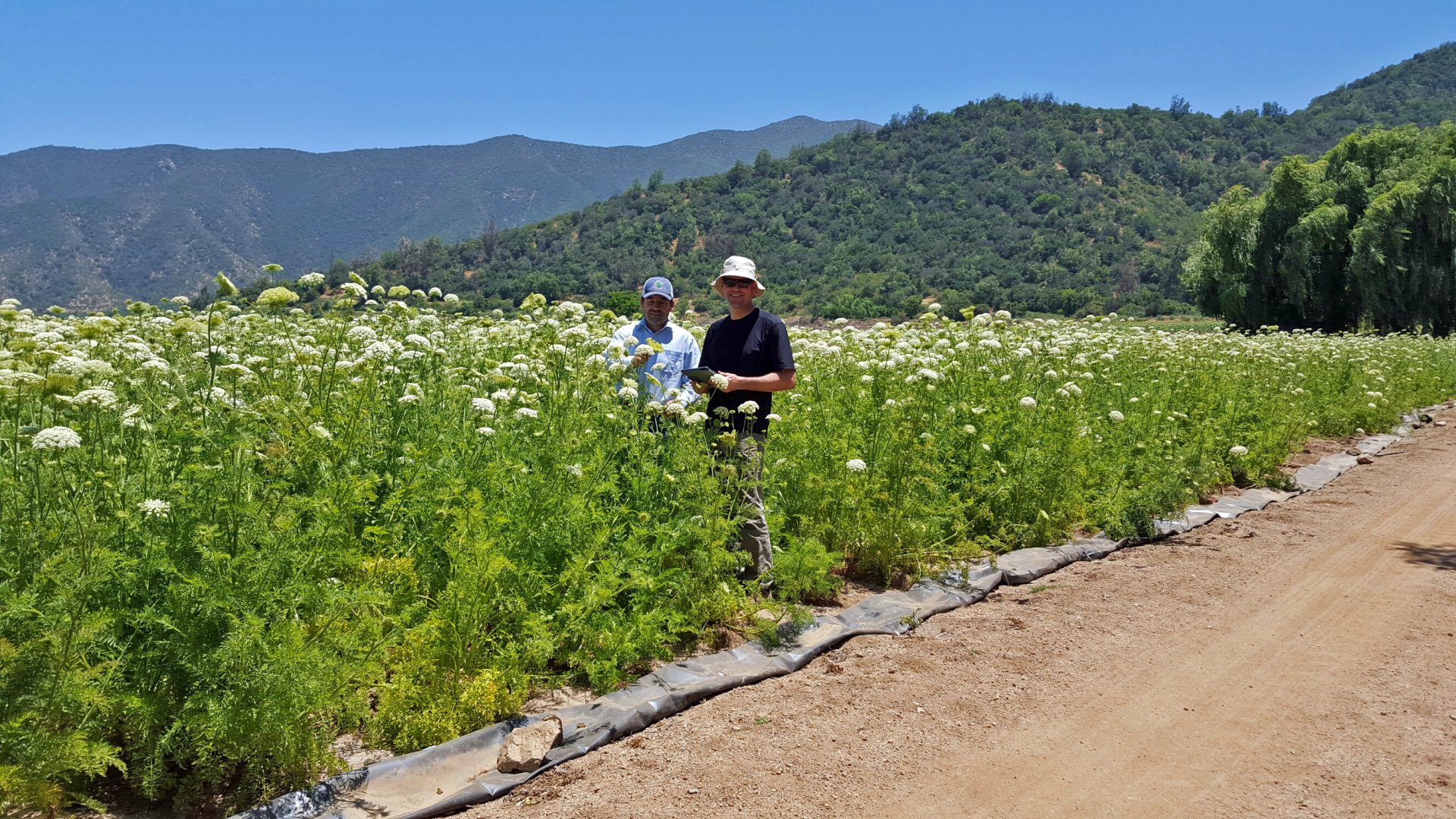 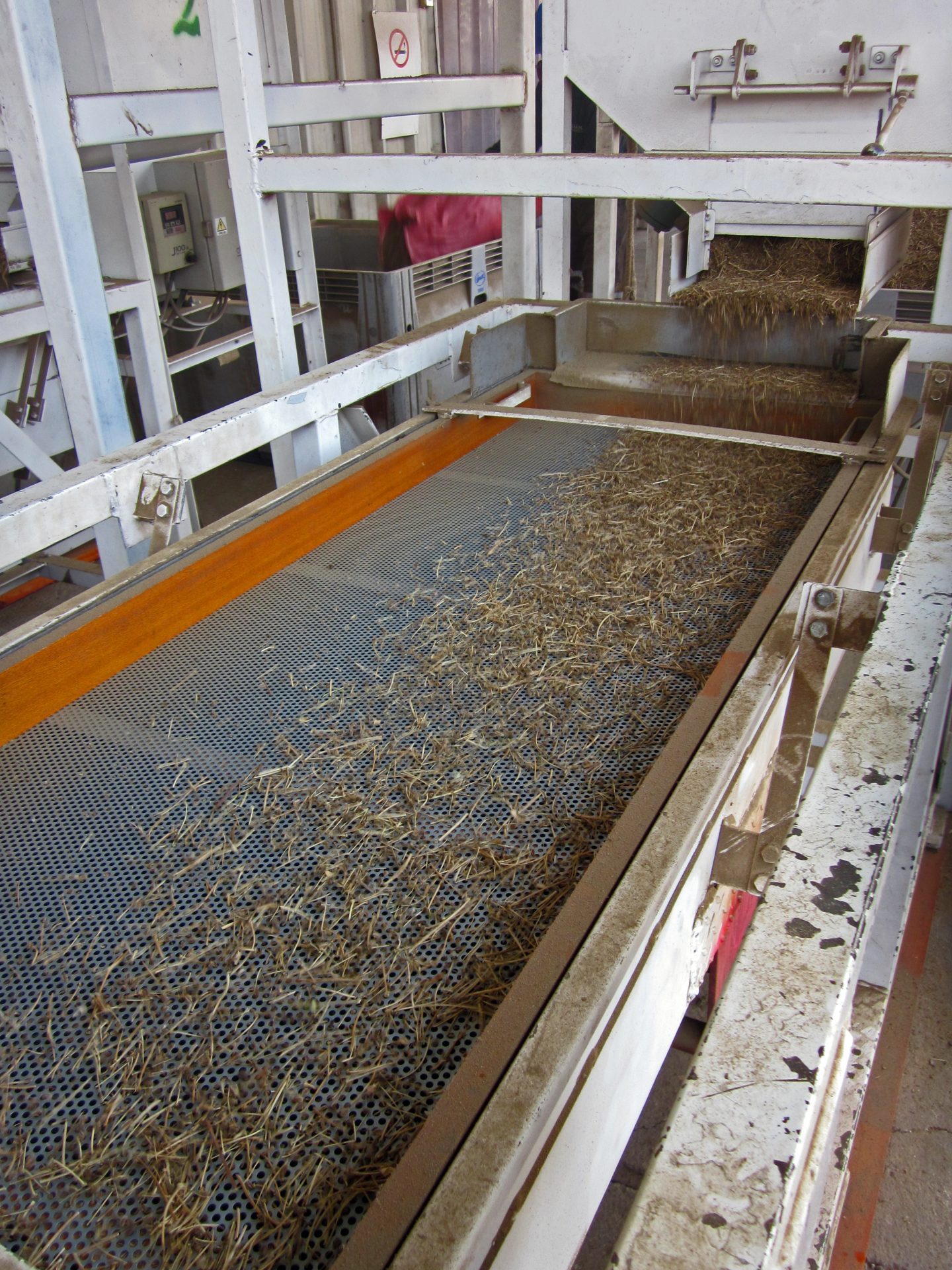 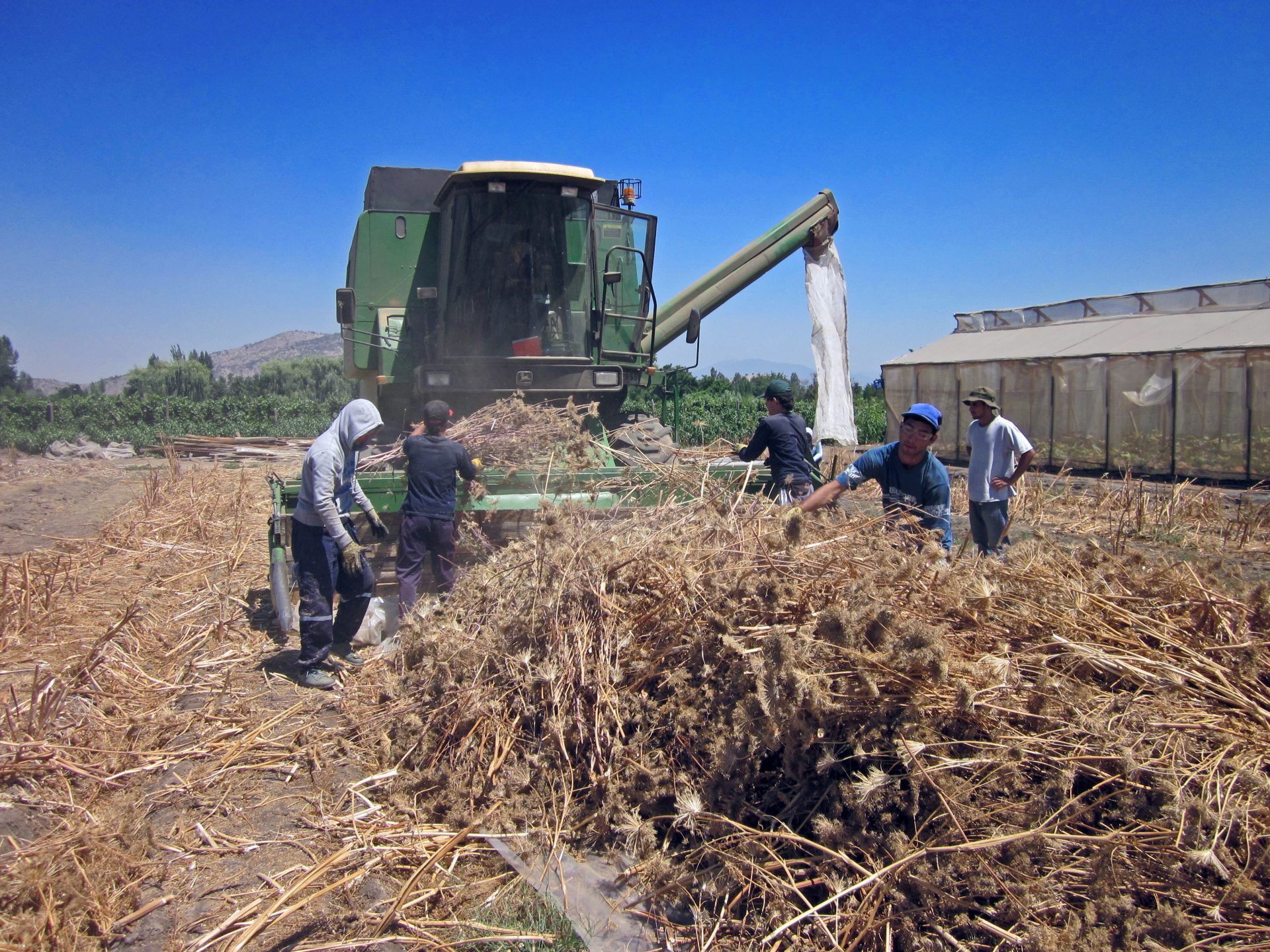 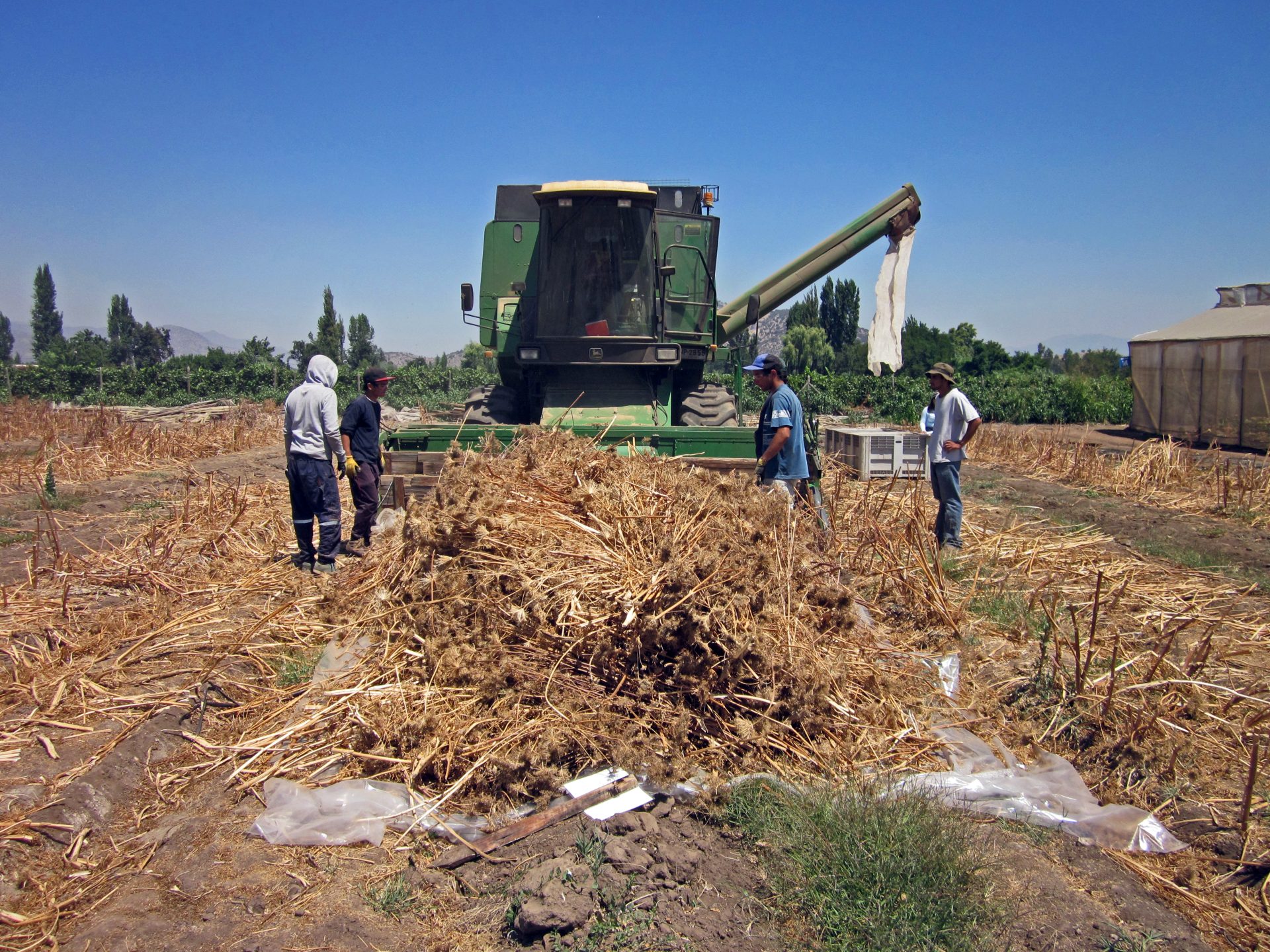 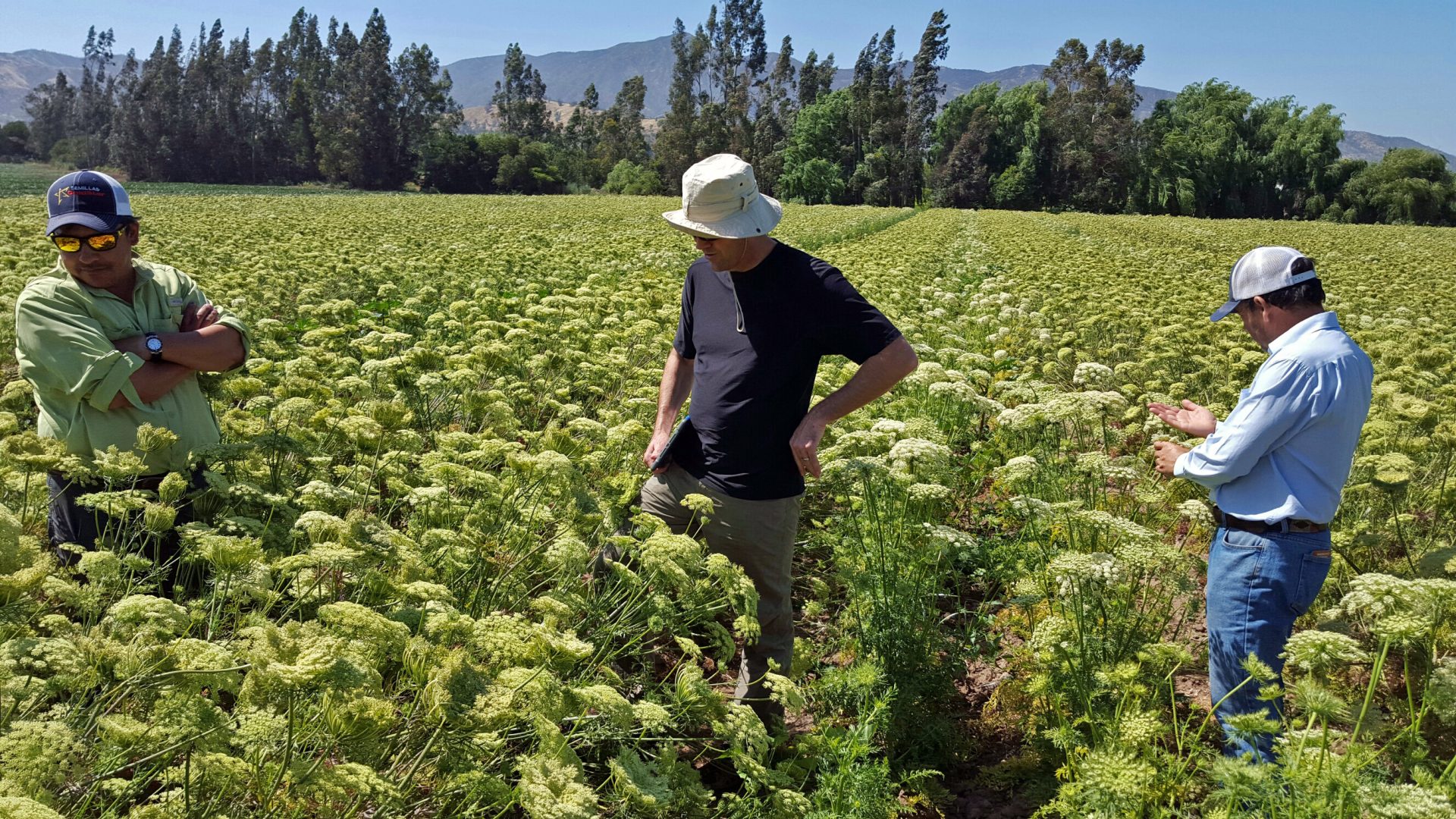 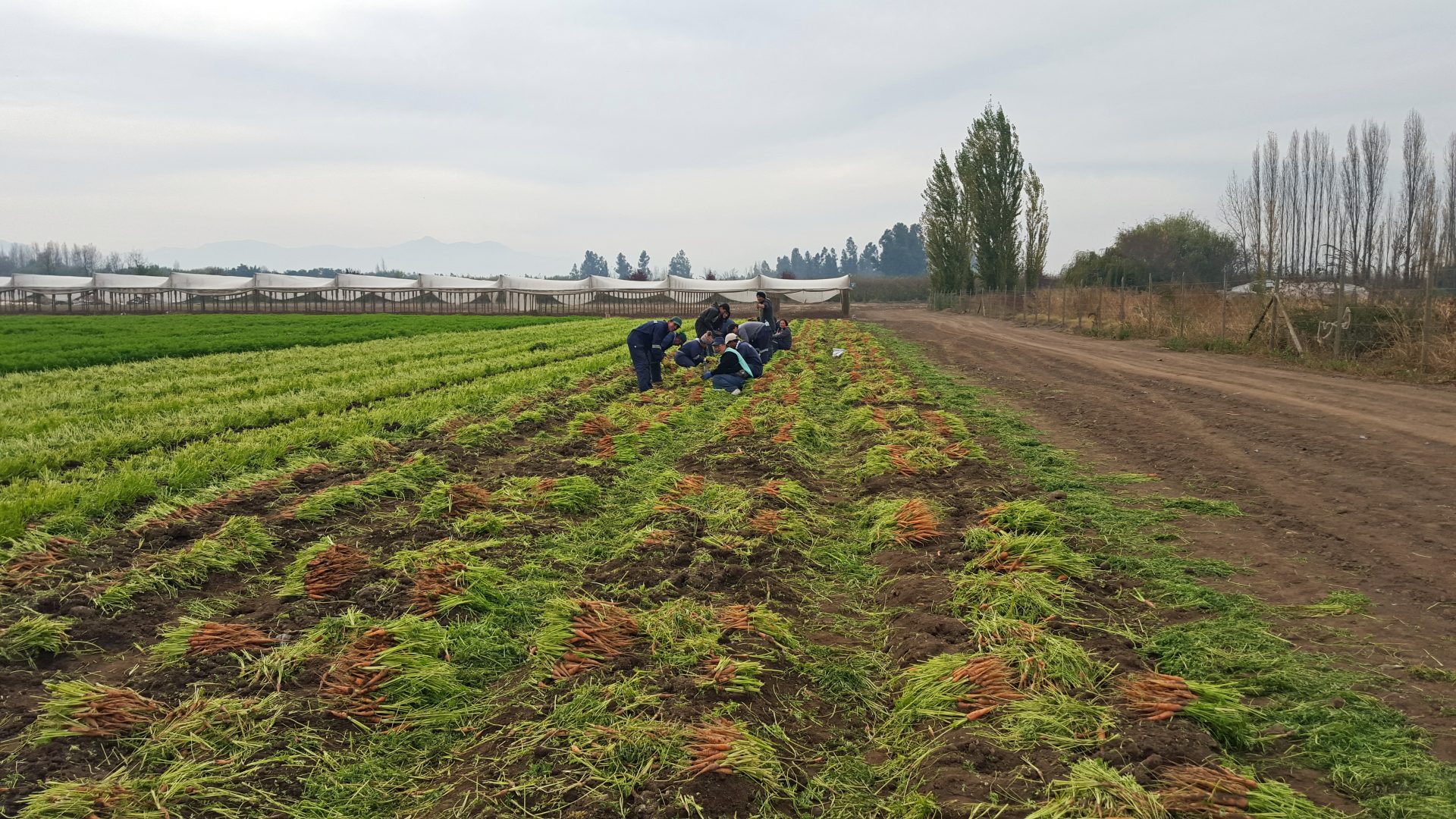 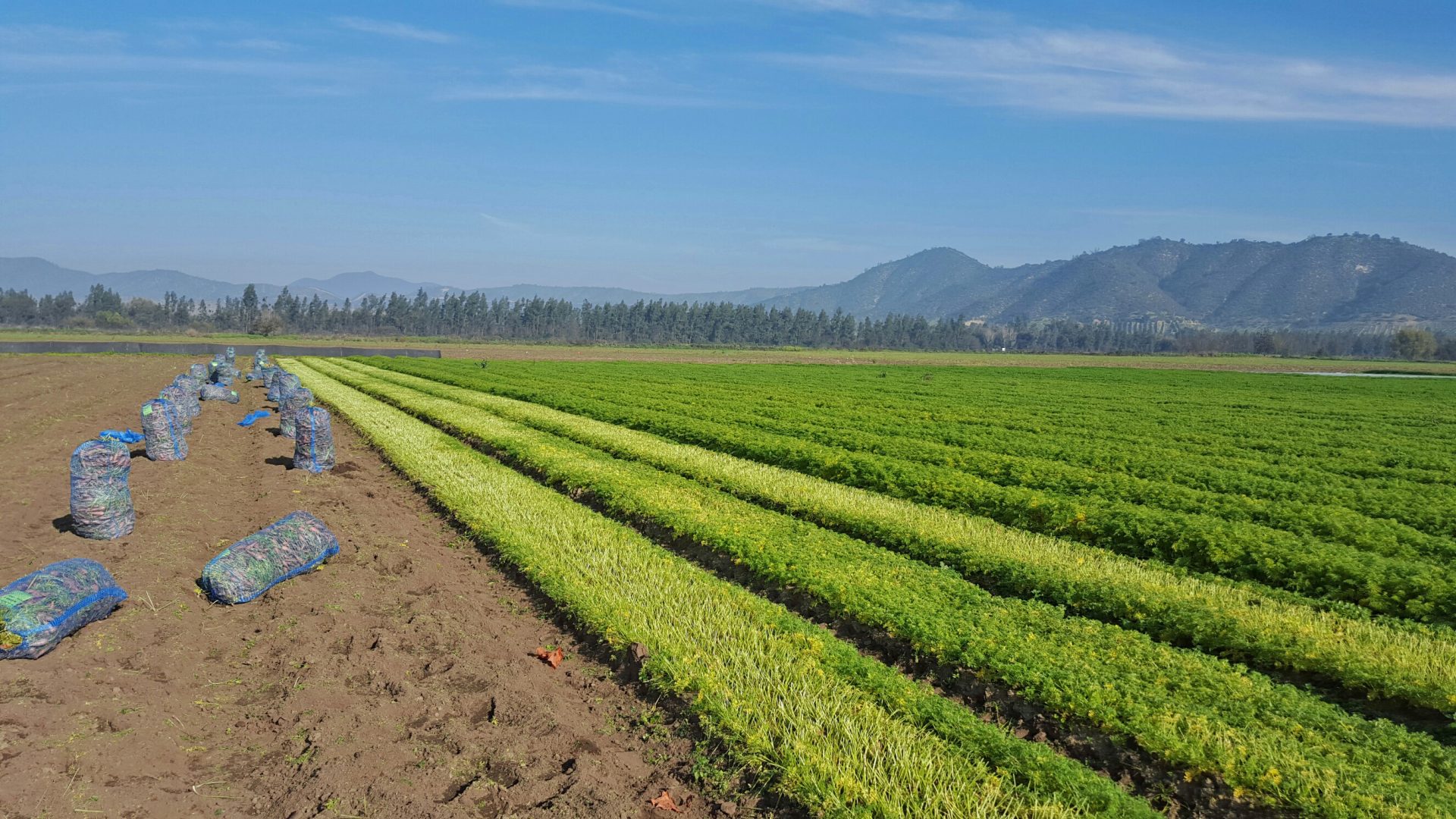 The milder winters and coastal influence make the area surrounding the city of Melipilla ideal for producing umbelliferae seeds. All of our carrot and celery production takes place in this fifth region of Chile.

Carrot production at Goldstar involves first growing root beds, which are seeded out in January and February.  The roots are harvested in May and June and then selected for size, shape and color.  The roots are transplanted into the actual production fields in June and July.  Flowering takes place in December and harvest starts in February of the next year.   A variation on this more traditional method, which we also utilize, involves the use of speedlings grown in a nursery, instead of roots.  This method allows for the use of a mechanical planter, assuring better uniformity and lower costs; It also enables us to transplant two months ahead of the roots.  Other benefits include an earlier bloom and an earlier harvest.

When compared to the rest of Chile, the area around Melipilla is notable for its significantly reduced wild carrot population.  At Goldstar we make it a priority to walk not only our productions fields but the surrounding area to avoid this form of contamination.  Volunteer carrots can also be a source of impurity, so we require a production field to be out of carrot production for a minimum of four years.

Finally it is worth noting that Chile remains free of Candidatus Liberibacter Solanacearum (LSO).

All celery plants are nursery-started in March, transplanted in June, and harvested in late February of the following year.

Our team is continuing to look for ways to mechanize both our celery and carrot productions.  With further mechanization and the incorporation of more technology into these crops, like drip irrigation (above and sub surface), precision transplanting and cultivating, and mechanical harvesting, we look to continue to be not only competitive in this market but leaders in our field.

Contact us for more information on your specific needs.

Get In Touch
Semillas Goldstar S.A.

Manage Cookie Consent
To provide the best experiences, we use technologies like cookies to store and/or access device information. Consenting to these technologies will allow us to process data such as browsing behavior or unique IDs on this site. Not consenting or withdrawing consent, may adversely affect certain features and functions.
Manage options Manage services Manage vendors Read more about these purposes
View preferences
{title} {title} {title}